Home / News / ’ALUPROF IN THE ANTARCTIC’ 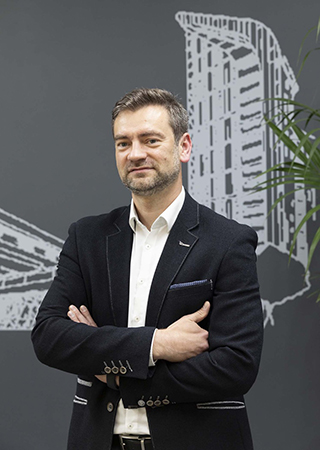 With just a population of 2,000, Antarctica is the coldest, driest and windiest continent on earth, so why would you wish to be there? Well, with governments and society across the globe now coming to terms with the climate change crisis, work has been continuing in the Antarctic with some of the world’s top scientists who are identifying the damage we are causing to our only home.

Back in the mid-1980’s it was scientists in the Antarctic who uncovered the hole in the ozone layer. Consequently, we managed to ban the use of gases like chlorofluorocarbons (CFCs) in spray cans and refrigerants which break down ozone molecules in the upper atmosphere. The hole in our ozone layer continues to reduce due to the quick action taken across the globe, we now need to do the same for CO2, which is a much greater challenge. 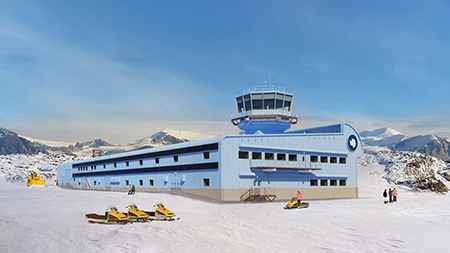 The British Antarctic Survey (BAS) continues to undertake groundbreaking research and maintains a Research Station located 67º south on Adelaide Island which was established in 1975. Known as Rothera, the busy station is used as a hub for other countries working in the area, offering a landing strip and wharf. 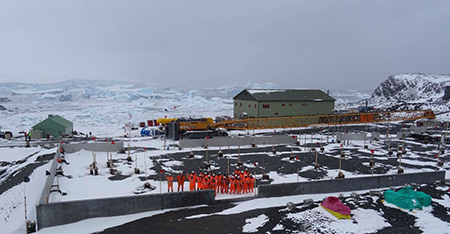 The site has continued to develop over the years and in 2018 work began on the new Discovery Building, named to commemorate the discovery of Antarctica 200 years ago by the British naval officer Edward Bransfield in 1820. 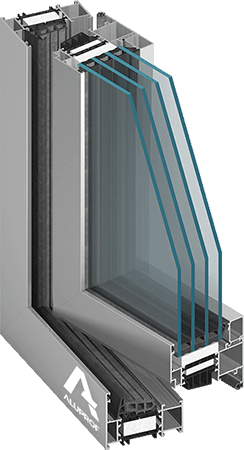 Designed by Antarctic Infrastructure Modernisation Partnership, which includes construction partner BAM and their team, Hugh Broughton Architects and design consultants Sweco, with Ramboll acting as BAS’s Technical Advisers, with their team NORR architects and Turner &amp; Townsend. The new building replaces some of the current buildings on the site which are close to the end of their economic life.

The new operations building will not only offer scientists a far better working environment but will help reduce costs by minimising maintenance and maximising insulation.

Since setting up the Aluprof Office at the Business Design Centre in London, the company has rapidly grown their specification influence in the UK with their high-performance architectural aluminium systems. Further expansion of the company’s headquarters in Altrincham now provides specifiers with meeting facilities and an extensive showroom of commercial systems to view. With overseas growth across Europe spreading into the Middle East and firm roots already in the East of the USA, the company is becoming a global player in facade supply. Further information is available on the company’s website at aluprof.co.uk or direct from their UK head office in Altrincham on 0161 941 4005. 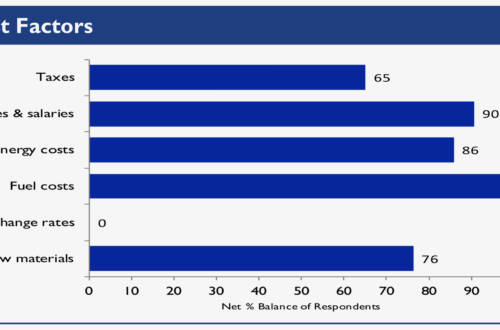 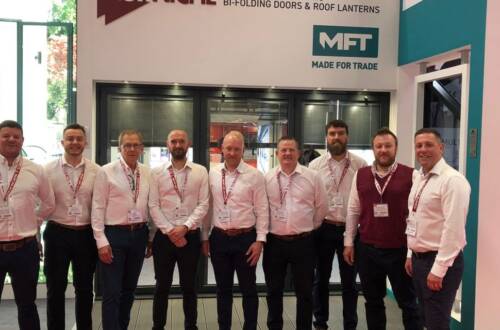 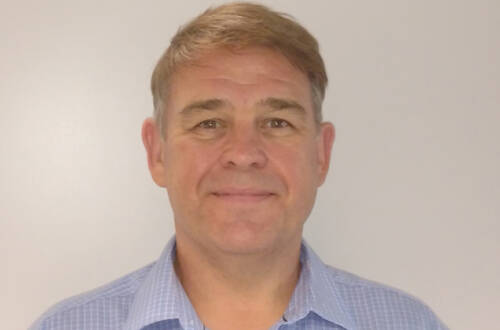 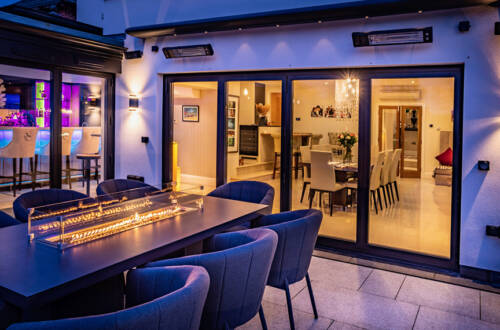 Got a question about ’ALUPROF IN THE ANTARCTIC’?